Days before participating in the Women’s March on Washington with several female family members, Sen. Ben Cardin, D-Md., announced the re-introduction of the Equal Rights Amendment.
“Twenty senators have joined me,” Cardin said. “We believe this is a good time to get this done…seeing the type of activities Mr. Trump has discussed in his campaign, it is important to have this type of protection.”  MORE
Posted by Melinda Pillsbury-Foster at 11:30 AM No comments:

By Robert Bernstein
Approximately 3,000 to 5,000 people gathered in Da La Guerra Plaza on Saturday for Women's March Santa Barbara. The event expressed solidarity in the wake of the inauguration of Donald Trump as president and was not for women only. The crowd peacefully went on to march down State Street to the Dolphin Fountain. 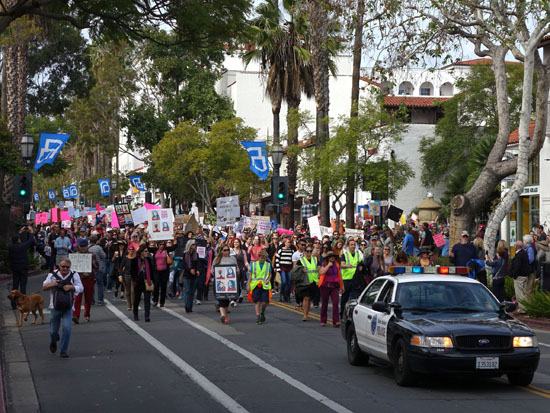 Here are my photos and two short video clips. 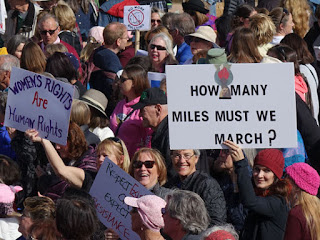 The crowd was so large that after the marchers reached the Dolphin Fountain, it was still backed up to downtown and there was no room to turn around! It was decided simply to reverse direction! In the words of Nobel Laureate Bob Dylan, "and the first one now will later be last, for the times they are a-changin'"
Millions marched in Washington, DC, Los Angeles and around the country and around the world. Some are claiming this may have been the biggest demonstration in US history.
MORE
Posted by Melinda Pillsbury-Foster at 9:00 AM No comments: