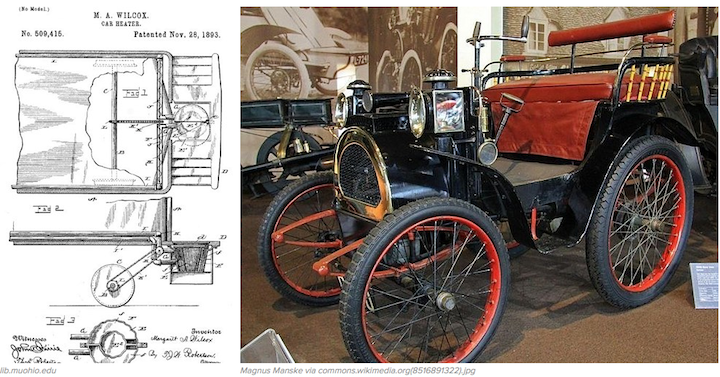 We all owe our thanks to Margaret A Wilcox who invented the car heater in 1893!
(Margaret also invented a combined clothes and dishwasher)
Monopoly

This popular board game was designed by Elizabeth Magie in 1904, originally
called the Landlord’s Game. The purpose of this game was to expose the injustices
of unchecked capitalism. Her game was ripped off by Charles Darrow who sold it to
Parker Brother’s 30 years later. However, Parker Brothers later paid Elizabeth $500
for her game. Gee Thanks! 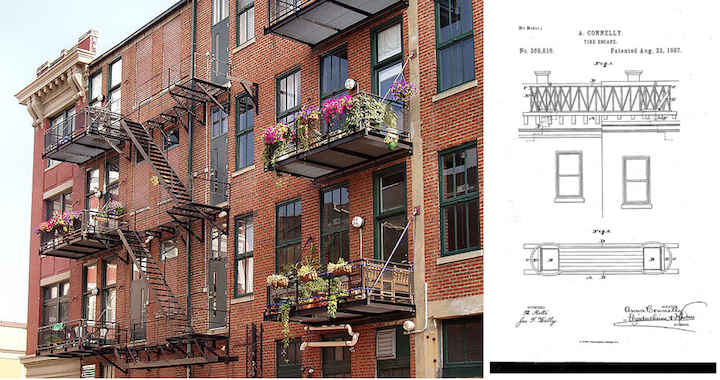 The fire escape was invented by Anna Connelly in 1887. 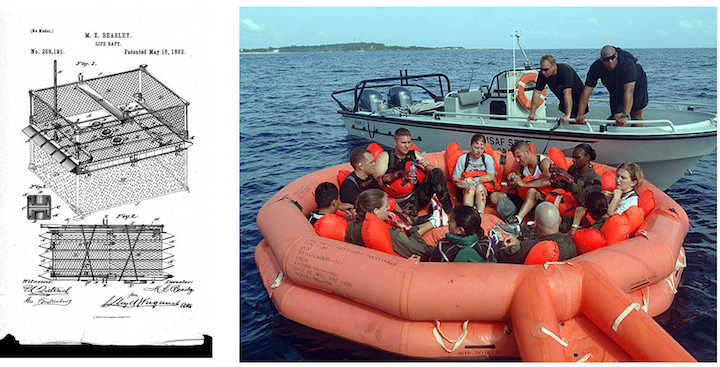 The life saving Life Raft was invented by Maria Beasely in 1882.
(Maria also invented a machine that makes barrels)

Solar heating for residential housing was invented by Dr. Maria
Telkes in 1947. Dr. Telkes was a Psychiatrist in addition to being
a Solar-Power Pioneer.

The electric refrigerator was invented by Florence Parpart in 1914.
(Florence also invented an improved street cleaning machine in
addition to the refrigerator)
The Ice Cream Maker

The ice cream maker was invented by a woman named Nancy
Johnson in 1843. Her patented design is still used today!
The Computer Algorithm

Ada Lovelace is essentially the first computer programmer due to her
work with Charles Babbage at the University of London in 1842.
In fact her notes was an essential key to helping Alan Turing’s work
on the first modern computers in the 1940s.
Telecommunications Technology

Some of the Telecommunication Technology developed by Dr. Shirley
Jackson include portable fax, touch tone telephone, solar cells, fibre optic
cables, and the technology behind caller ID and call waiting.
The Dishwasher 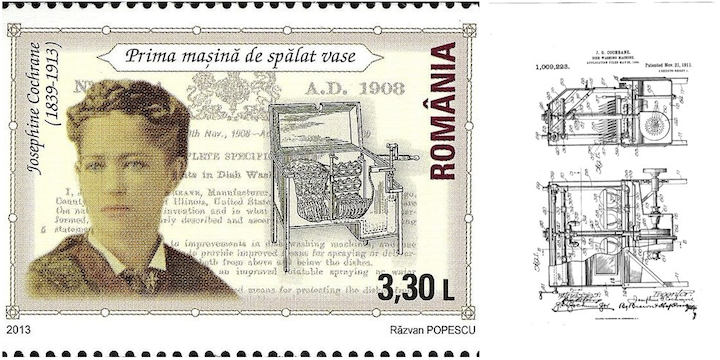 The Dishwasher was invented by Josephine Cochrane in 1887. Before her time,
she even marketed her machine to hotel owners and even opened her own factory
without the help of a man!
Wireless Transmission Technology 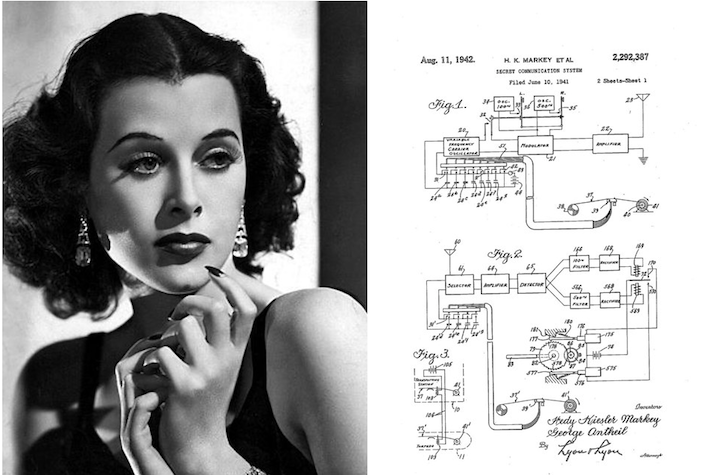 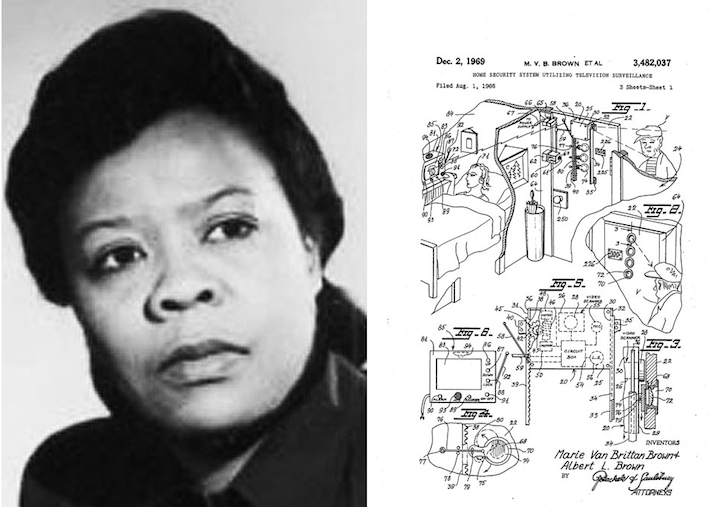 Marie Van Brittan Brown invented CCTV because of the slow response
of police officers in 1969 to help people ensure their own security.
This invention influenced modern CCTV systems used for home security
and police work today.
The Modern Paper Bag

Margaret Knight invented a machine that makes square bottomed paper
bags in 1871. She almost didn’t get credit when Charles Anan tried to steal
her work claiming that it wasn’t possible for a woman to create this brilliant
invention. (Margaret also invented a safety device for cotton mills when she
was 12. That invention is still being used today)
Central Heating

Although Alice Parker’s invention in 1919 of a gas powered central heater was
never manufactured. Her idea was the first that allowed for using natural gas
to heat a home, inspiring the central heating systems used today
Kevlar

This life-saving material, that is 5 times stronger than steel and used to make
bulletproof vests, was invented in 1965 by Stephanie Kwolek.
Computer Software 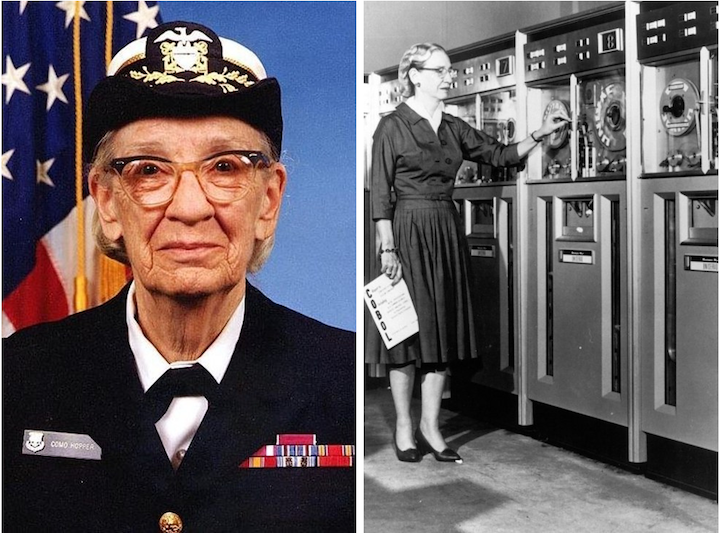 Dr. Grace Murray Hopper was a computer scientist that invented COBOL
which is the first user-friendly business computer software system in the 1940’s.
She was also a rear admiral in the U.S. navy and the first person to use the term
“bug” in reference to a glitch in a computer system when she literally found a bug
(moth) causing problems with her computer.

Posted by Melinda Pillsbury-Foster at 11:13 AM No comments:

Most Americans have heard of the Equal Rights Amendment (ERA). What most Americans do not realize is that the ERA did not pass and is not a part of the U.S. Constitution. How can this be when between 91 percent to 96 percent of American adults polled believe that men and women should have equal rights, and 72 percent already think that men and women have equal rights guaranteed by the Constitution (ERA Survey)? How can this be when the U.S. imposed the ERA language on other countries in 1945 and encouraged it in its foreign assistance in all the former Soviet Union countries in the 1990s? How can this be when the Republicans were the first to endorse the ERA in the party platform in the 1940s with the Democrats shortly following suit?
Yet it remains that America is one of few countries that does not guarantee women equal protection of rights under the Constitution. In fact, corporations received equal rights under the 14th Amendment before women did. U.S. Supreme Court justices have made it clear that the Constitution does not prohibit discrimination based on sex. Supreme Court Justice Ruth Bader Ginsburg said, “If I could choose an amendment to add to the Constitution, it would be the Equal Rights Amendment. I think we have achieved that through legislation, but legislation can be repealed, it can be altered. So I would like my granddaughters, when they pick up the Constitution, to see that notion — that women and men are persons of equal stature — I’d like them to see that is a basic principle of our society.”
The ERA was born in 1923 after women won the right to vote. It was introduced every year in Congress until finally, in 1972, the ERA was passed by Congress and by 1984 ratified by 35 states of the 38 needed. The ERA is the only proposed amendment that had an expiration date on it – a practice many challenge. Since then, it continues to be introduced in Congress every year and a new movement has arisen to see it passed by 2020 because there still is an urgent need for the ERA in today’s society.

Read more: http://azcapitoltimes.com/news/2016/01/21/its-time-arizona-recognizes-equal-rights-for-women/#ixzz3y9Lsm29R
Posted by Melinda Pillsbury-Foster at 12:50 AM No comments:

Today’s Google Doodle honors Alice Paul, the American suffragist who played an integral role in getting the 19th Amendment passed, giving women the right to vote, and was the original force behind the Equal Rights Amendment.

Joining the National American Woman Suffrage Association (NAWSA) in 1912, Paul dedicated her life to women’s rights. She led the Washington, DC chapter of the organization and was the first to organize groups that picketed the White House.

During Woodrow Wilson’s term, Paul founded the National Women’s Party. She and her “Silent Sentinels” demonstrated in front of the White House, marching day and night while holding banners asking questions like, “Mr. President, how long must women wait for liberty?”  MORE
Posted by Melinda Pillsbury-Foster at 11:29 AM No comments:

Humor For Good: A Night Of Comedy With Jane Fonda

Legendary actor Jane Fonda is funny. This may be something we forget, because most of her work has been quite serious.  In the films Cat Ballou and  9 To 5,  her comedic acting was in full force; and most recently, she shares top billing with Lily Tomlin in the terrific new TV comedy, Grace and Frankie.  Ms. Fonda can be very funny.

Laughter is a great way to bring people together to understand serious topics. This month, Fonda is combining the serious with the funny. Fonda is hosting a night of comedy at the renowned comedy club, Caroline’s On Broadway,  and doing so for a good cause.  The Fund for Women’s Equality and the ERA Coalition today announced their inaugural “A Night of Comedy with Jane Fonda” comedy event at Caroline’s on Broadway on Sunday, February 7. The evening will include performances from Judah Friedlander (30 Rock), Sasheer Zamata (Saturday Night Live), Wyatt Cenac (The Daily Show), Michelle Buteau (Key & Peele and The Eric Andre Show), Gina Brillon (White Guy Talk Show) and additional names to be announced.

The inaugural event, produced by writer, filmmaker and activist Agunda Okeyo, will bring together supporters of women’s rights and equality, including Gloria Steinem, plus some comic relief. As a New Yorker of Kenyan descent lauded for her ongoing Broadway showcase “Sisters of Comedy”, Okeyo produces with a unique appreciation for humor, solidarity and social change.  MORE
Posted by Melinda Pillsbury-Foster at 7:58 AM No comments: